"He didn't go easy," a law enforcement official involved in flipping Sabu told FoxNews.com. "It was because of his kids. He didn't want to go away to prison and leave them. That's how we got him."

LulzSec Leader Betrays All of Anonymous：

LulzSec Leader Betrays All of Anonymous 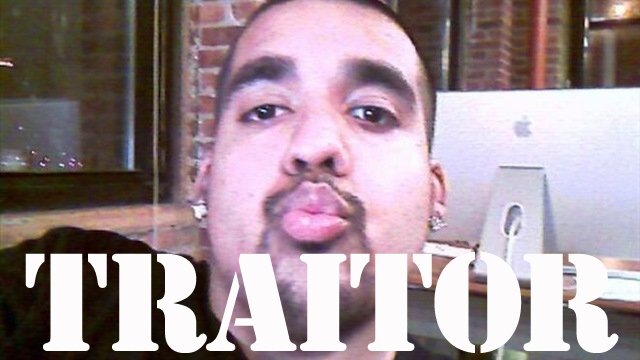 According to the FBI, you're looking at Sabu, the head of LulzSec, and the de facto King of Anonymous—easily the most notorious and influential hacker alive today. One thing: he just turned in his people to the police.

The name Sabu should be familiar: as part of LulzSec, a potent offshoot of Anonymous, he masterminded legendary attacks against the CIA, FBI, Sony, and numerous other corporate and government targets. He was their Captain Hook. That was before. Fox News reports the shadowy hack deity is not only confirmed to be unemployed 28-year-old New Yorker Hector Xavier Monsegur, but that Sabu has been "collaborating with the government for months," leading to a string of arrests around the world today. It's unclear how many will be dragged down with Sabu's nine months of federal collaborating, but it's safe to assume whatever vestiges of LulzSec remained are toast—we'll know for sure when all of the indictments are unsealed.

And according to Fox, the dragnet was thick:

On August 15, 2011 Monsegur pleaded guilty to more than ten charges relating to his hacking activity. In the following few weeks, he worked almost daily out of FBI offices, helping the feds identify and ultimately take down the other high-level members of LulzSec and Anonymous, sources said.

That's right—the man who helped the internet celebrate #FuckFBIFridays was doing so from an FBI desk. But only after the feds wielded Sabu's children against him:

"He didn't go easy," a law enforcement official involved in flipping Sabu told FoxNews.com. "It was because of his kids. He didn't want to go away to prison and leave them. That's how we got him."

I've talked to Sabu multiple times, and on each occasion he's seemed more and more distant, to the point where it was hard to get in touch with him at all. Now, says the FBI, it's because he was busy ratting out his cadre.

This also isn't the first time Sabu's been accused as a snitch—a prominent hacker and Sabu-detractor by the name of Virus I spoke with last year ranted about his hunch that the LulzSec leader was a rat:

6:19:19 PM virus: another reason why I believe he was converted after he disappeared and returned is everybody else started getting arrested one by one starting with ryan clearly, who was their ddos bitch
6:19:29 PM virus: yes, I believe he cut a deal to save himself

This August conversation jibes perfectly with Fox's report, who says Sabu began working for the FBI in June after they busted him—it's unclear what his fate is now. What is clear is the enormous grin of the feds, who have finally fired one back after almost a year of humiliations and runarounds from Anonymous brass:

"This is devastating to the organization," said an FBI official involved with the investigation. "We're chopping off the head of LulzSec."

Though LulzSec proper has been dormant since last summer, Sabu has remained a hugely influential character atop a vast cult of personality. The revelation that he's sold out the movement he professed to love so much will deal as much a psychological as logistical blow to Anon. After all, the guy tweeted this, only yesterday:

"The federal government is run by a bunch of fucking cowards. Don't give in to these people. Fight back. Stay strong."

Whatever you say, Hector. [FOX News]

EXCLUSIVE: Law enforcement agents on two continents swooped in on top members of the infamous computer hacking group LulzSec early this morning, and acting largely on evidence gathered by the organization’s brazen leader -- who sources say has been secretly working for the government for months -- arrested three and charged two more with conspiracy.

Charges against four of the five were based on a conspiracy case filed in New York federal court, FoxNews.com has learned. An indictment charging the suspects, who include two men from Great Britain, two from Ireland and an American in Chicago, is expected to be unsealed Tuesday morning in the Southern District of New York.

“This is devastating to the organization,” said an FBI official involved with the investigation. “We’re chopping off the head of LulzSec.”

Hector Xavier Monsegur, aka "Sabu," pleaded guilty to the following charges on Aug. 15, 2011:

The offshoot of the loose network of hackers, Anonymous, believed to have caused billions of dollars in damage to governments, international banks and corporations, was allegedly led by a shadowy figure FoxNews.com has identified as Hector Xavier Monsegur. Working under the Internet alias “Sabu,” the unemployed, 28-year-old father of two allegedly commanded a loosely organized, international team of perhaps thousands of hackers from his nerve center in a public housing project on New York’s Lower East Side. After the FBI unmasked Monsegur last June, he became a cooperating witness, sources told FoxNews.com.

“They caught him and he was secretly arrested and now works for the FBI,” a source close to Sabu told FoxNews.com.

Monsegur pleaded guilty Aug. 15 to 12 hacking-related charges and information documenting his admissions was unsealed in Southern District Court on Tuesday.

As a result of Monsegur’s cooperation, which was confirmed by numerous senior-level officials, the remaining top-ranking members of LulzSec were arrested or hit with additional charges Tuesday morning. The five charged in the LulzSec conspiracy indictment expected to be unsealed were identified by sources as: Ryan Ackroyd, aka “Kayla” and Jake Davis, aka “Topiary,” both of London; Darren Martyn, aka “pwnsauce” and Donncha O’Cearrbhail, aka “palladium,” both of Ireland; and Jeremy Hammond aka “Anarchaos,” of Chicago.

Hammond was arrested on access device fraud and hacking charges and is believed to have been the main person behind the devastating December hack on Stratfor, a private company that provides geopolitical analysis to governments and others. Millions of emails were stolen and then published on Wikileaks; credit card numbers and other confidential information were also stolen, law enforcement sources told FoxNews.com.

This is devastating to the organization.

The sources said Hammond will be charged in a separate indictment, and they described him as a member of Anonymous.

The others are all suspected members of LulzSec, the group that has wreaked havoc on U.S. and foreign government agencies, including the CIA and FBI, numerous defense contractors, financial and governmental entities and corporations including Fox and Sony.

Ackroyd, who is suspected of using the online handle “Kayla,” is alleged to be Monsegur’s top deputy. Among other things, Kayla identified vulnerabilities in the U.S. Senate’s computer systems and passed the information on to Sabu. Kayla was expected to be taken into custody on Tuesday.

A spokeswoman for the Southern District and U.S. Attorney Preet Bharara declined comment.

Monsegur’s attorney did not return FoxNews.com’s repeated requests for comment.